From Heraldry of the World
Your site history : Diocese of Tucson
Jump to navigation Jump to search

Established : 1868 as Apostolic Vicariate of Arizona
Elevated to Dioces eof Tucson in 1897 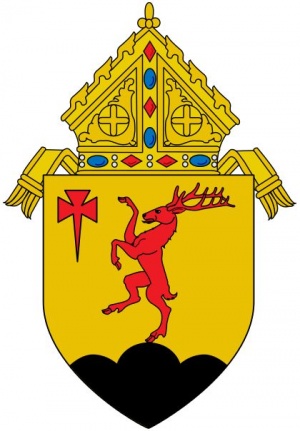 The stag is taken from the seal of Arizona. The black triple mountain upon which the stag is represented indicates the Native American origin of the name ´Tucson´ which means ´at the base of the black hill´.

The missionary cross of the Franciscan Order pays tribute to the early missionaries who brought the Christian Faith to Arizona.