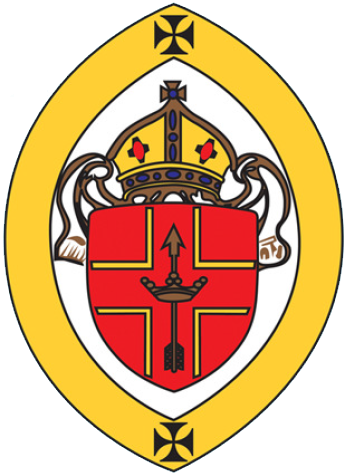 Azure, on a cross gules fimbriated argent between in 1st an eagle displayed argent, an arrow in pale enfiled of a coronet all or.

The Eagle symbolising the USA was dropped about 1963 when the British Virgin Islands was added to the Diocese. The Field also seems to have changed form Blue to Red.