From Heraldry of the World
Your site history : Diocese of Western Kansas
Jump to navigation Jump to search 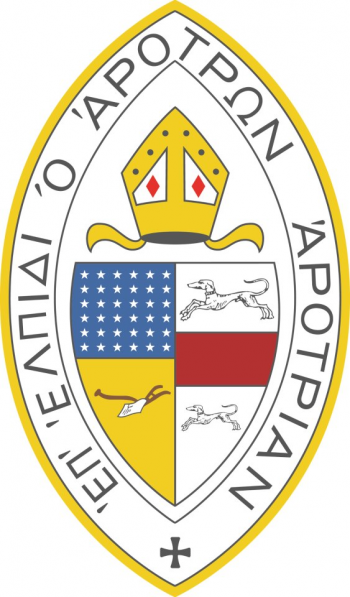 The Stars on a blue backgrund alludes to the US Flag with 36 stars when Kansas and other States was admitted into the Union. The Plow alluds to the Motto of the Seal "THe Plowman should Plow in Hope" (1. Cor. 9:10). The sinsiter side shows the Arms of the Rt.Rev. Sheldon M. Griswold First Bishop of Salina (1903-1917), the Diocese was first named Missionary Ditrict/Diocese of Salina becoming Diorces of Western Kansas in 1960. The See city is still Salina.