From Heraldry of the World
Your site history : Dover College
Jump to navigation Jump to search 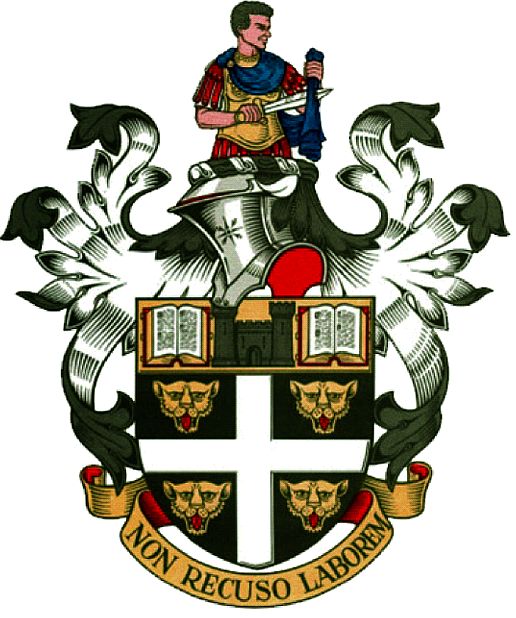 Arms: Sable, a cross argent between four leopards' faces Or; on a chief of the last the castle with two towers of the field between two open books argent, edged gold bound gules.
Crest: On a wreath of the colours, A demi man (representing St. Martin) habited as a Roman soldier, holding in his dexter hand a sword with which he divides his cloak, flowing from his shoul­ders and supported by his sinister hand, all proper.
Motto: Non recuso laborem