From Heraldry of the World
Your site history : Downing College (Cambridge University)
Jump to navigation Jump to search 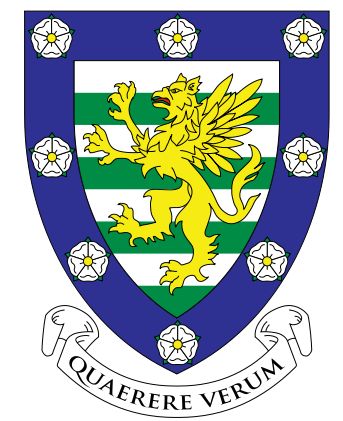 Arms : Barry of eight argent and vert, a griffin segreant Or within a bordure azure charged with eight roses of the first, barbed and seeded proper.
Motto: Quaerere verum.

Downing College founded in 1800 under the will of Sir George Downing, Bt. The bordure differences the arms of the college from those of the founder.