From Heraldry of the World
Your site history : Duchy of Holstein
Jump to navigation Jump to search 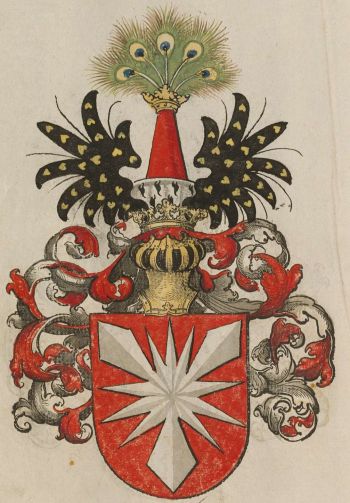 The Duchy of Holstein (German: Herzogtum Holstein, Danish: Hertugdømmet Holsten) was the northernmost state of the Holy Roman Empire, located in the present German state of Schleswig-Holstein. It originated when King Christian I of Denmark had his County of Holstein-Rendsburg elevated to a duchy by Emperor Frederick III in 1474. Members of the Danish House of Oldenburg ruled Holstein – jointly with the Duchy of Schleswig – for its entire existence.

From 1490 to 1523 and again from 1544 to 1773 the Duchy was partitioned between various Oldenburg branches, most notably the dukes of Holstein-Glückstadt (identical with the Kings of Denmark) and Holstein-Gottorp. The Duchy ceased to exist when the Kingdom of Prussia annexed it in 1866 after the Austro-Prussian War.

The oldest arms of the counts showed a lion until 1238. In 1239 the Nesselblatt appears on a seal of Count Johann I. The Nesselblatt also appears on the seals of other members of the family, including other branches of the family. The origin of the arms is not quite known. Due to its shape the figure was called a Nesselblatt (nettle-leaf). It is not used anywhere else unrelated to the Schaumburg family. It also appears in many civic arms in Holstein. The arms did not change during the many territorial changes of Holstein.