From Heraldry of the World
Your site history : EFFKA Margarinewerk
Jump to navigation Jump to search 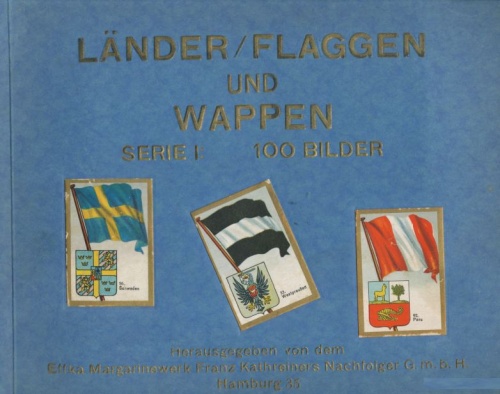 I have no information on the factory, the author or designer of the album. No information is provided in the albums. The company also issued some more albums, bit not with an heraldic theme.

The first album only shows the national arms and flags, including some of the German States and provinces. The second shows primarily the national arms, but different types of naval, military and other flags. 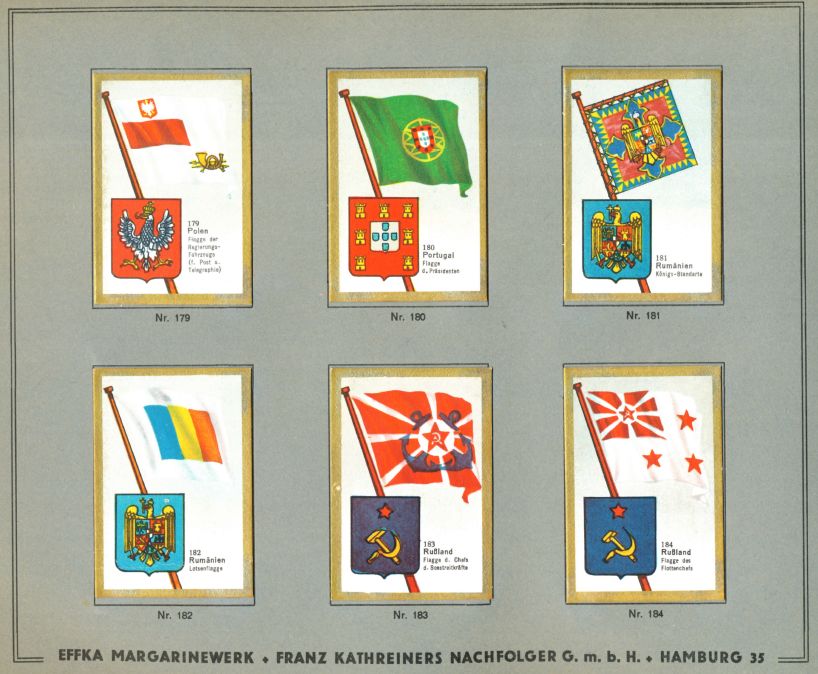