From Heraldry of the World
Your site history : East India Company
Jump to navigation Jump to search 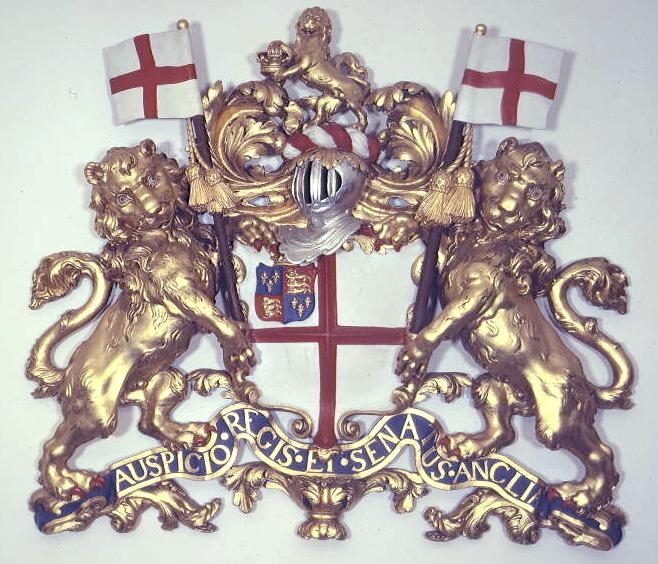 Arms: Azure, three ships with three masts, rigged and under full sail, the sails, pennants and ensigns Argent, each charged with a cross Gules; on a chief of the second a pale quarterly Azure and Gules, on the 1st and 4th a fleur de lys, in the 2nd and 3rd a lion passant guardant Or, between two roses Gules, seeded Or, barbed Vert.
Crest: A sphere without a frame, bound with the zodiac in bend Or, between two split pennons flotant Argent, each charged in chief with a cross Gules, over the sphere these words: DEUS INDICAT.
Supporters: Two sea lions Or, the tails proper.
Motto: DEO DUCENTE NIL NOCET

Arms: Argent a cross Gules in the dexter chief quarter an escutcheon of the arms of France and England quarterly the shield ornamented and regally crowned Or.
Crest: A lion rampant guardant Or supporting between the forepaws a regal crown proper.
Supporters: Two lions rampant guardant Or each supporting a banner erect Argent charegd with a cross Gules.
Motto: AUSPICIO REGIS ET SENATUS ANGLIÆ

The arms were officially granted in 1698.

The arms show the cross of St. George, the patron saint of England, and the arms of the King.

The arms have been used until the dissolution of the company in 1874.

The previous arms were officially granted on February 4, 1600. 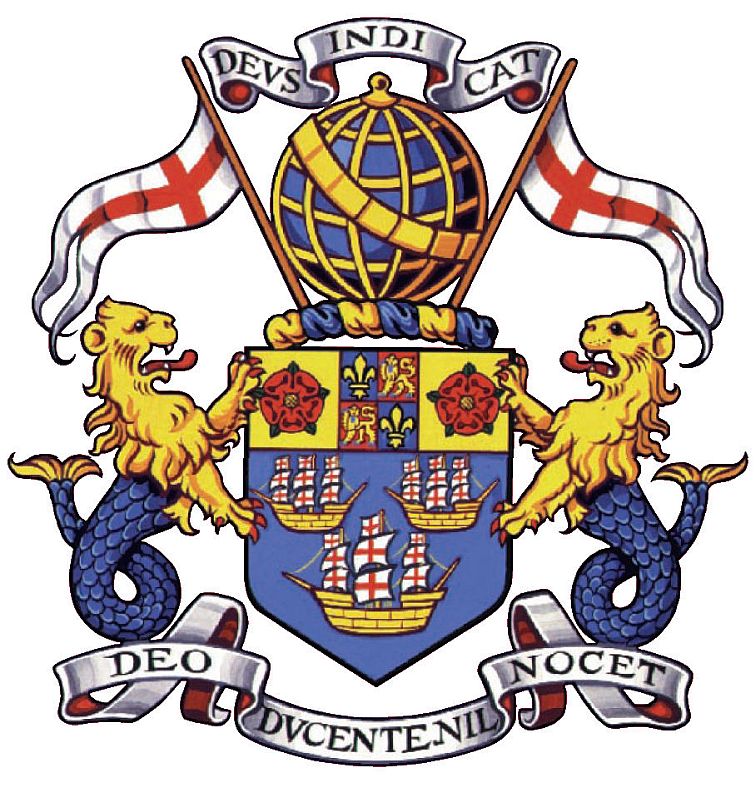 If you have any information on these arms India Company mail us !