From Heraldry of the World
Your site history : Epsom College
Jump to navigation Jump to search 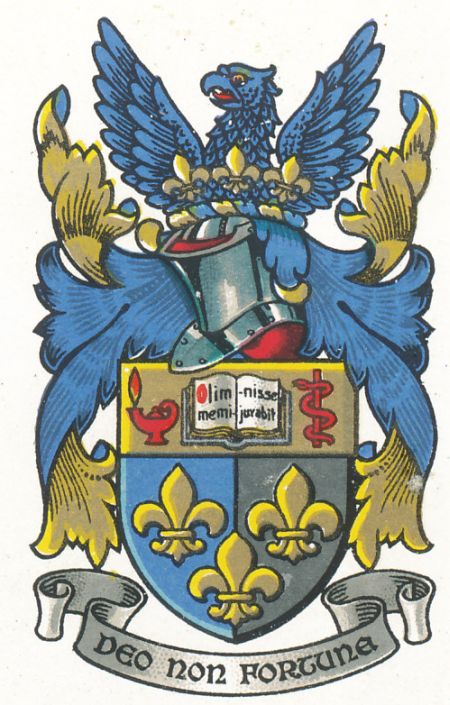 Arms: Per pale azure and sable, three fleurs-de-lis Or; on a chief of the last an open book proper inscribed with the words "Olim meminisse juvabit' between in the dexter a lamp and in the sinister a rod of Aesculapius gules.
Crest: On a- wreath of the colours, In front of an eagle's head between two wings azure, three fieurs-de-lis gold.
Motto: Deo non fortuna.

The sentence "Olim meminisse iuvabit" is based on a quote from Virgil but is taken out of context. It could be rendered as "It will help [one day] to remember former times"