From Heraldry of the World
Your site history : Equitable Life Assurance Society
Jump to navigation Jump to search 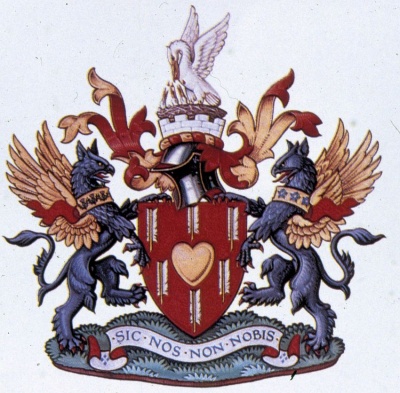 Arms: Gules, a heart Or between six writing pens quilled gold feathered argent.
Crest: On a wreath of the colours, issuant from a mural crown argent a pelican in her piety proper.
Supporters: On either side a griffin sable, winged Or, charged on the wing with a fesse undy gules and gorged with a collar gold, 'that of the dexter charged with thistles proper and that of the sinister with roses azure barbed and seeded also proper.
Motto: Sic nos non nobis

If you have any information on these arms Life Assurance Society mail us !