From Heraldry of the World
Your site history : Eshton Hall School
Jump to navigation Jump to search 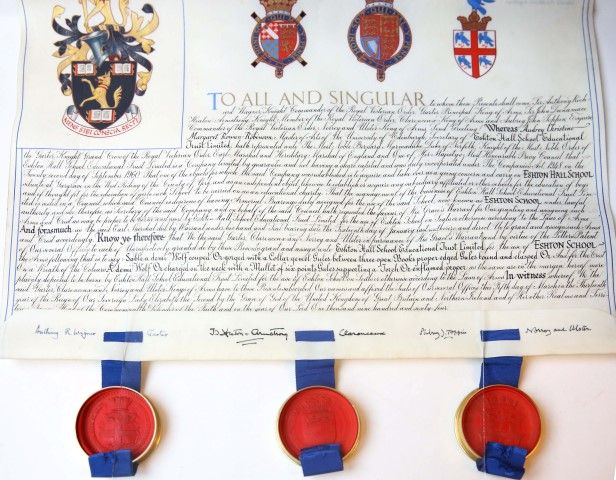 Arms: Sable, a demi wolf couped Or, gorged with a collar gemel gules, between three open books proper, edged gules, bound and clasped Or.
Crest: On a wreath of the colours, A demi-wolf Or charged on the neck [shown on the shoulder] with a mullet of six points gules supporting a torch Or enflamed proper.
Motto: Mens sibi conscia recti.

If you have any information on these arms Hall School mail us !