From Heraldry of the World
Your site history : Faculty of Ophthalmologists
Jump to navigation Jump to search 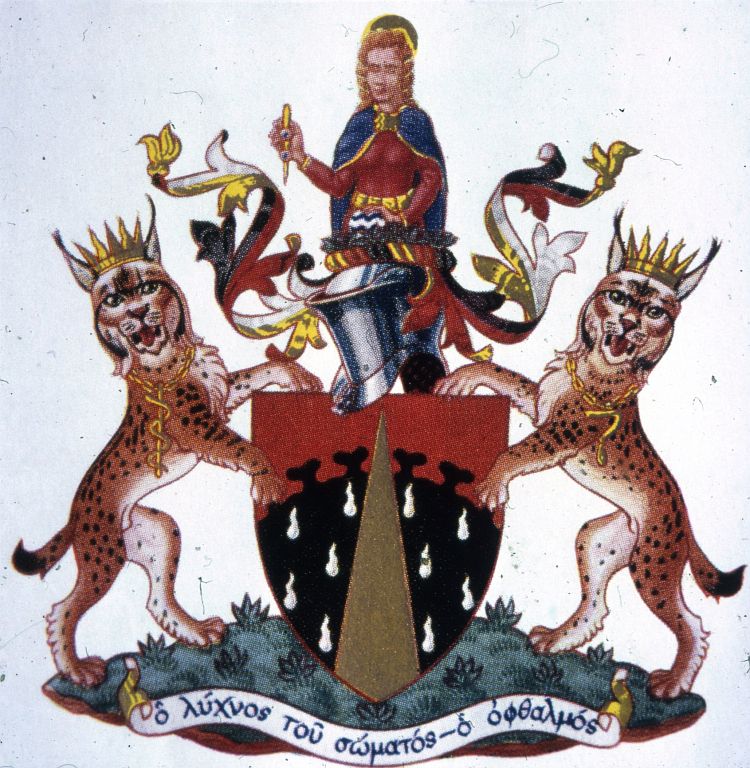 Arms : Sable goutte-d'eau, a chief enarched nebuly gules, issuant from the base a pile Or.
Crest: On a wreath Or, gules and sable, Issuing from a chaplet of thistle proper a demi figure representing St. Medana also proper, vested gules, mantled azure with gamishings Or, holding in the dexter hand a peg Or transfixing her two eyes proper, and rest­ing the sinister hand on a fountain.
Supporters: On either side a lynx guardant proper, crowned with a crown rayonee Or, each gorged with a chain, pendant from that of the dexter a staff of Aesculapius and from the sinister a fleam gold.

The arms were officially granted on September 20, 1962.

If you have any information on these arms of Ophthalmologists mail us !