From Heraldry of the World
Your site history : Farringtons School
Jump to navigation Jump to search 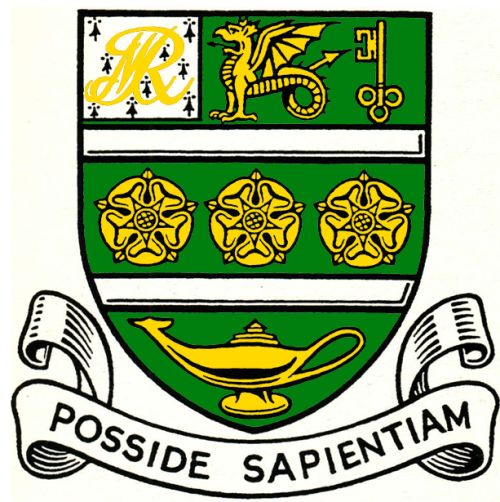 Arms: Vert, three roses Or between two barrulets argent, in chief a wyvem between two keys erect, wards to the dexter, of the second and in base an ancient lamp also of the second, inflamed proper. A canton ermine, thereon (with the permission of Her Majesty) the Cypher of Her Majesty Queen Mary also gold.
Motto: Posside sapientiam.