From Heraldry of the World
Your site history : Felixstowe College
Jump to navigation Jump to search 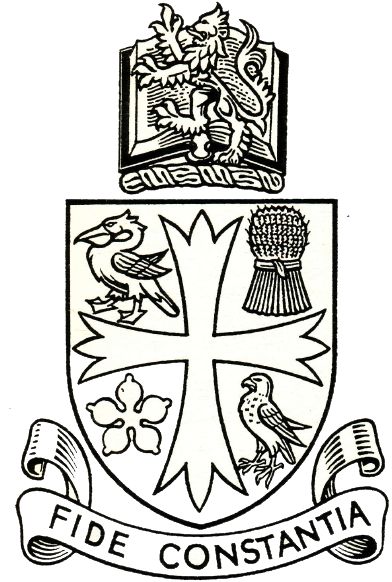 Arms: Gules, a cross patonce argent between in the first quarter a pelican proper, in the second a garb Or, in the third a cinquefoil gold, and in the fourth a falcon also proper.
Crest: On a wreath of the colours, In front of an open book proper, bound sable, a lion rampant Or.
Motto: Fide constantia.

The arms were officially granted on November 19, 1954.