From Heraldry of the World
Your site history : Fettes College
Jump to navigation Jump to search 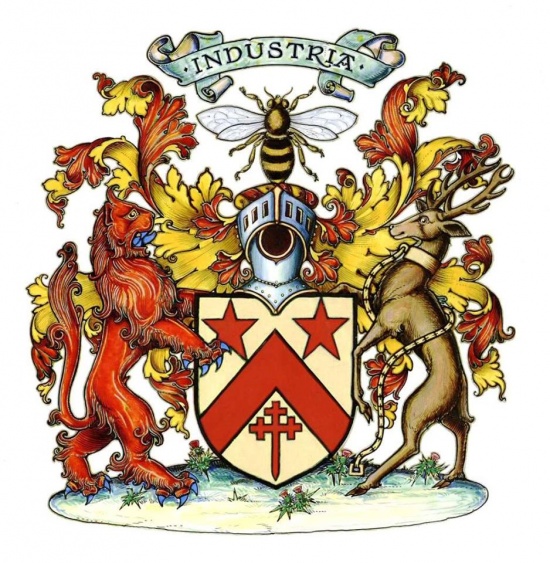 Or, a chevron between two mullets in chief and a cross crosslet fitched in base Gules, for Crest, a bee volant Proper, and, for Supporters, on the dexter side a lion Gules and on the sinister a stag Proper, gorged with a collar to which is affixed a chain passing between the fore legs and reflexed over the back Or.

The arms were officially granted on December 16, 1916.

The school was established in 1870 following a bequest by Sir William Fettes (d.1836) to found a school in memory of his son William, who had predeceased him.

As Sir William had died without an heir and the school was, in effect, the heir to his estate, the Lord Lyon allowed Sir William's arms to be recorded by the school undifferenced. Unusually for a school this meant that they were able to adopt his supporters, together with his crest and shield. The only change that was made was the removal of the badge of a Baronet of the United Kingdom from the shield as such a dignity could not be inherited by the school.

Literature: Image and information from Court of Lord Lyon Facebook