From Heraldry of the World
Your site history : Football Association
Jump to navigation Jump to search 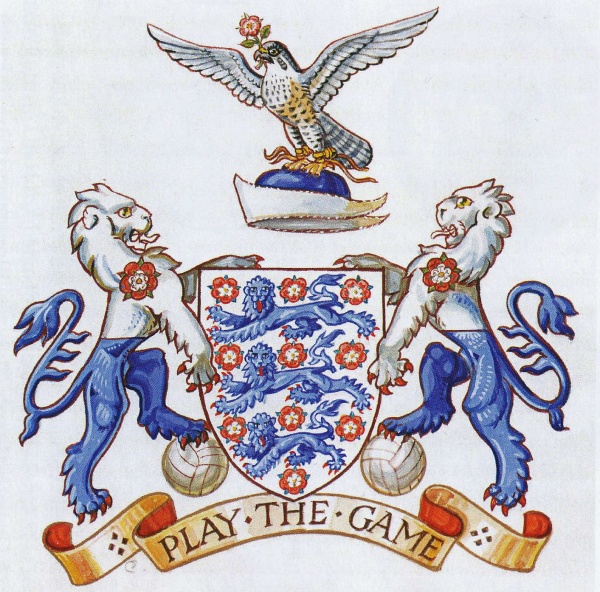 Arms : Argent, semee of [ten] Tudor roses proper, three lions passant guardant in pale azure.
Crest : On a cap of maintenance azure turned up argent a peregrine falcon rising belled and jessed holding in the beak an English wild rose slipped and leaved all proper.
Supporters : On each side a lion party per fess argent and azure charged on the shoulder with a Tudor rose and with the interior hind foot resting on a football proper.
Motto: Play the Game

The arms are based on the English arms and had been in use for several decades prior to 1949 in different colours and compositions.