From Heraldry of the World
Your site history : Football League
Jump to navigation Jump to search 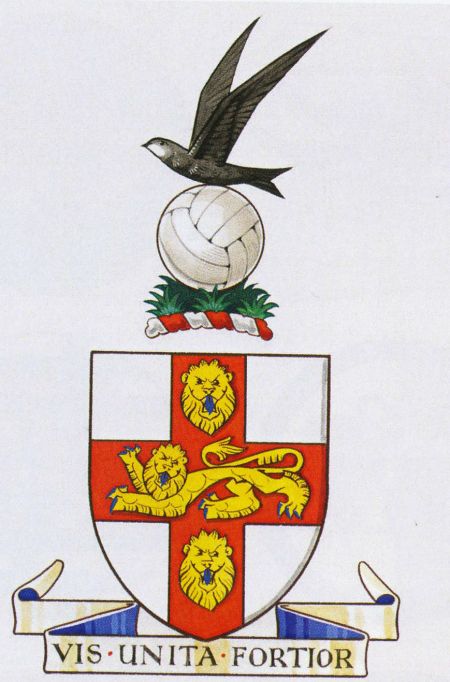 Arms : Argent on a cross gules a lion passant guardant between two lions'faces in pale or.
Crest : On a grassy mount a football surmounted by a swift (Apus apus) volant all proper.
Motto: Vis Unita Fortior

If you have any information on these arms League mail us !