From Heraldry of the World
Your site history : Francis
Jump to navigation Jump to search 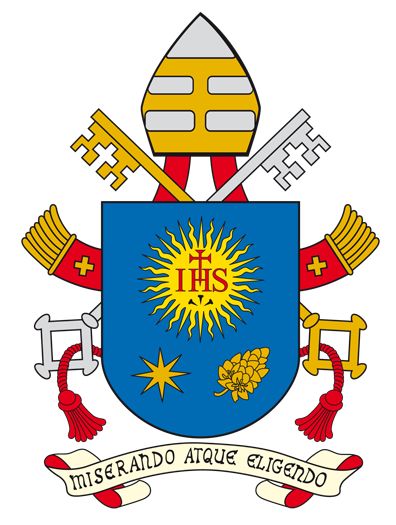 The arms have the same composition as his arms as cardinal (see below), with the change of the silver charges into gold.

The sun with the letters IHS, cross and nails are the symbol of the Society of Jesus, to which he belonged.

The star is a symbol of St. Mary, the fruits are the fruits of the Spikenard (Nardostachys jatamansi), a plant which is used as a symbol for St. Joseph.

The motto, “Miserando Atque Eligendo”, (Because he saw him through the eyes of mercy and chose him) is taken from a homily by Saint Bede the Venerable regarding the calling of St. Matthew by Jesus.

His arms as cardinal : 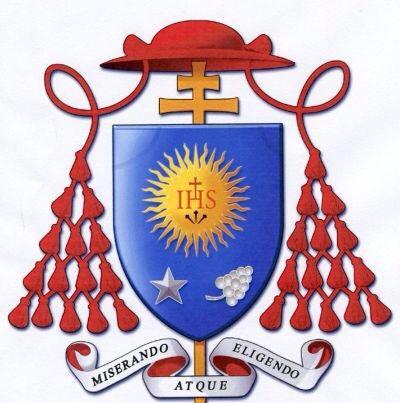 Literature : Image and background from from http://www.vatican.va. Cardinal's image from Facebook.