From Heraldry of the World
Your site history : Frankenthal
Jump to navigation Jump to search 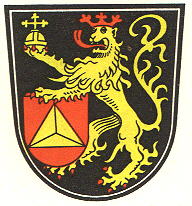 The arms were granted on November 27, 1954, and are based on the oldest known seal of the city, dating from the 16th century. Frankenthal received city rights in 1573 from Johann Casimir Count of the Pfalz.


The lion and the orb are derived from the arms of the Pfalz. The small shield with the large diamond with three points symbolises the three main religious groups at the time, the Dutch, Walloon and German population groups.

Even though the composition above was used before 1954, the official arms of the city showed only the golden triangle. These arms were officially granted on July 27, 1841. 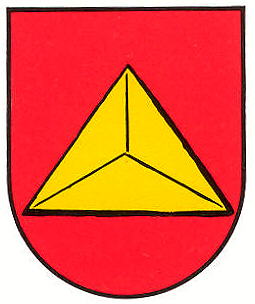