From Heraldry of the World
Your site history : Free-State of Braunschweig
Jump to navigation Jump to search 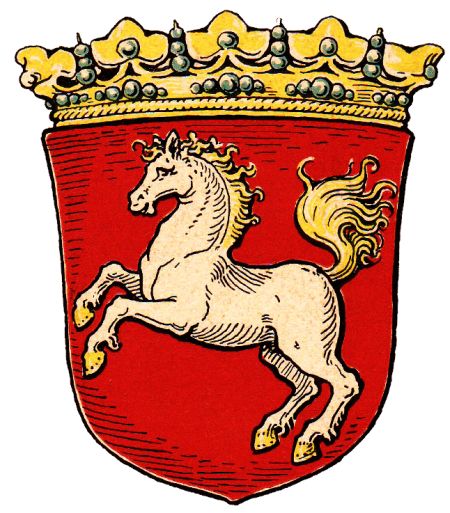 The arms show the horse of Niedersachsen, which was used widely in the region, even though it had no historical significance to the Free-State.