From Heraldry of the World
Your site history : Freemen Fleshers of Edinburgh
Jump to navigation Jump to search 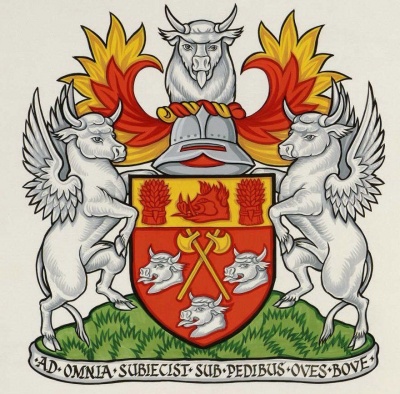 Gules, two pole-axes saltireways Or between three bulls' heads couped at the neck Argent, on a chief of the Second a boar's head couped be- tween two garbs of the First.

The arms were officially granted in 2017.

If you have any information on these arms Fleshers of Edinburgh mail us !