From Heraldry of the World
Your site history : Gas Council
Jump to navigation Jump to search 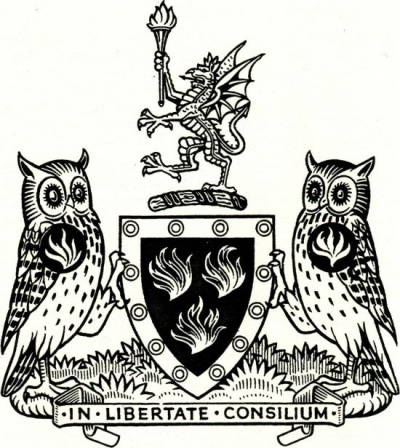 Arms : Sable, three flames of fire proper; on a bordure Or twelve annulets gules.
Crest: On a wreath of the colours, A dragon rampant gules holding in the dexter fore claw a torch erect Or enflamed proper.
Supporters: On either side an owl proper charged on the shoulder with an ogress, thereon a flame of fire also proper.
Motto: In libertate consilium

The arms were officially granted on February 3, 1950.

If you have any information on these arms Council mail us !