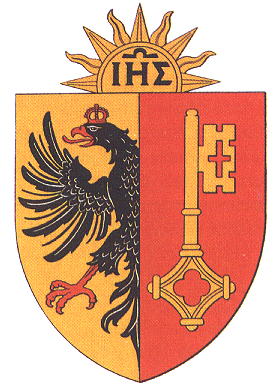 The letters IES are the first three letters for Iesus, and are used as a symbol for John Calvin who started the Reformation in Genève. The sun symbolises that the city has found the light of the Lord. The sun with the letters was also used often on coins and other objects of the city.