From Heraldry of the World
Your site history : Genealogical Society of Victoria
Jump to navigation Jump to search 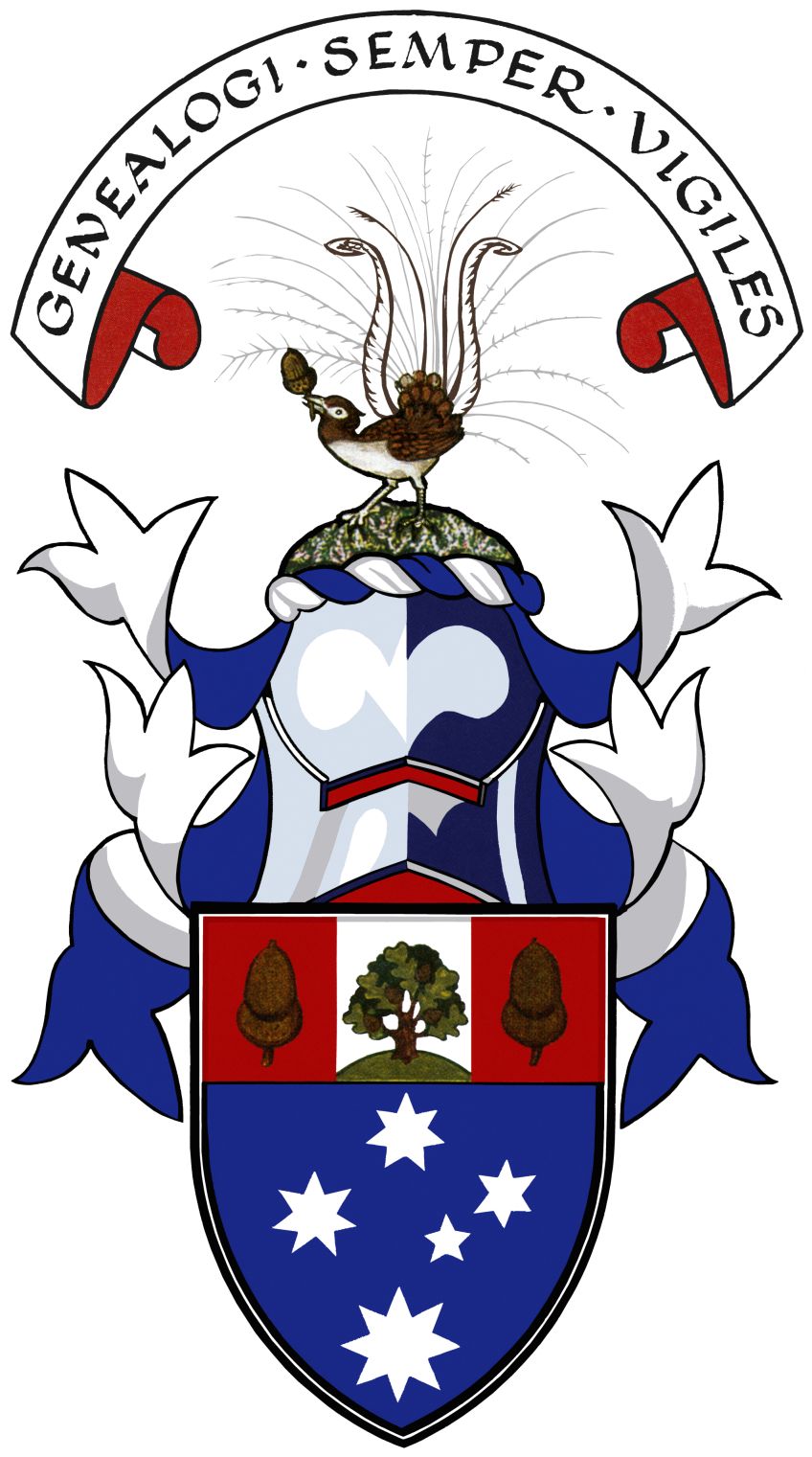 Arms : Azure, five mullets, one of eight, two of seven, one of six and one of five points Argent (representing the Constellation of the Southern Cross), on a Chief Gules a pale of the second charged of an oak tree Proper issuing from a mount vert and fructed Or, between two acorns slipped of the Last.
Crest: On a mound of pink heath a male lyre bird close and in display Proper holding in its beak an acorn slipped Or.
Motto: Genealogi Semper Vigilo.

The arms were officially granted on March 1, 1986.

If you have any information on these arms Society of Victoria mail us !