From Heraldry of the World
Your site history : Goode Durrant and Murray Group
Jump to navigation Jump to search 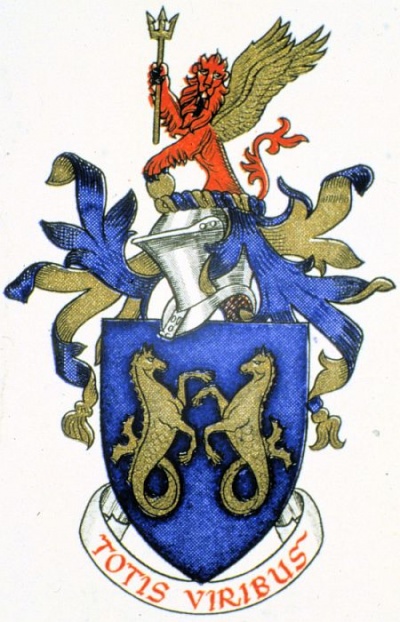 Arms: Azure, two sea horses respectant Or.
Crest: On a wreath of the colours, A demi lion guardant gules, winged Or, holding aloft in the dexter paw a trident Or and resting the sinister paw on a bezant.
Motto: Totis viribus.

If you have any information on these arms Durrant and Murray Group mail us !