From Heraldry of the World
Your site history : Great Central Railway
Jump to navigation Jump to search 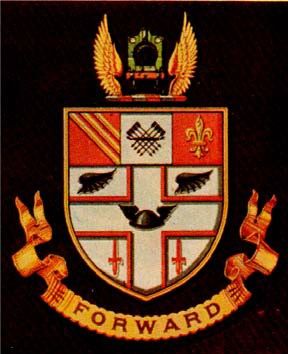 It was the first railway company to obtain a grant of arms from the College of Arms, on 25 Feb 1898.

The arms include parts of arms of Manchester, Sheffield and Lincoln; the hollow cross and swords for London; the wings and winged helmet of Mercury, signifying speed.

The crest was an express steam locomotive affrontée with golden wings, again for speed.