From Heraldry of the World
Your site history : Greenwich
Jump to navigation Jump to search 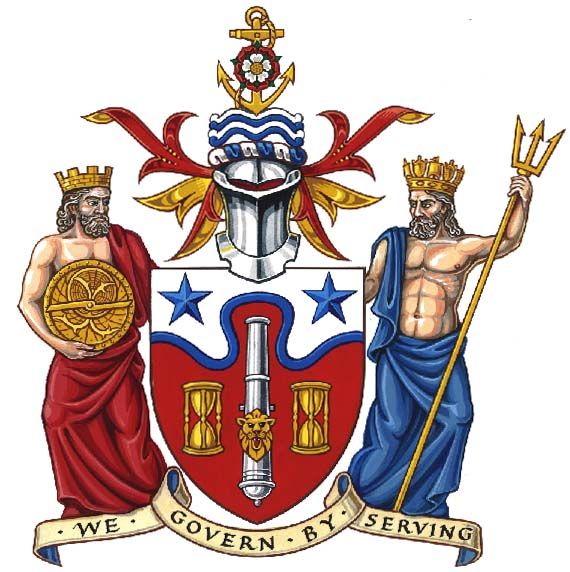 The arms were officially granted on January ?, 2012.

Besides the elements taken from the previous arms, I have no information on these arms. 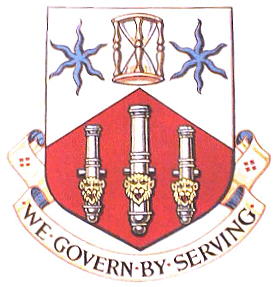 Arms :Per chevron Argent and Gules in chief an Hour Glass proper between two Estoiles Azure and in base three Cannon Barrels erect palewise proper each surmounted on the breech by a Lion's Face Or.
Motto :"We Govern by Serving".

The arms were officially granted on October 1, 1965.

The hourglass and stars are taken from the old Borough arms (see below).

The three cannon barrels perpetuate the long association with the borough of the Royal Arsenal. The device embodies the principal features of the arms of the former metropolitan boroughs of Greenwich and Woolwich. 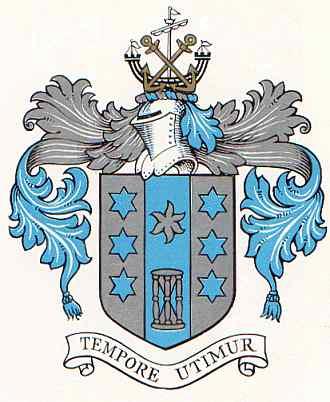 Arms : Silver, a blue pale between six blue stars, and on the pale a radiant star above an hour-glass, both of silver.
Crest : On a silver and blue wreath, a black ship of ancient type with one mast, the sail furled and flags flying, with two gold anchors crossed in front of it.
Motto : Tempore ultimur "We use time"

The symbols relate to the Royal Observatory, built in 1675 for the advancement of navigation and nautical astronomy.

The ship and anchor on the crest recall the close association with the Royal Navy since the old royal palace was converted to a seamen's hospital, now the Royal Naval College.