From Heraldry of the World
Your site history : Hamilton College of Secondary Education
Jump to navigation Jump to search 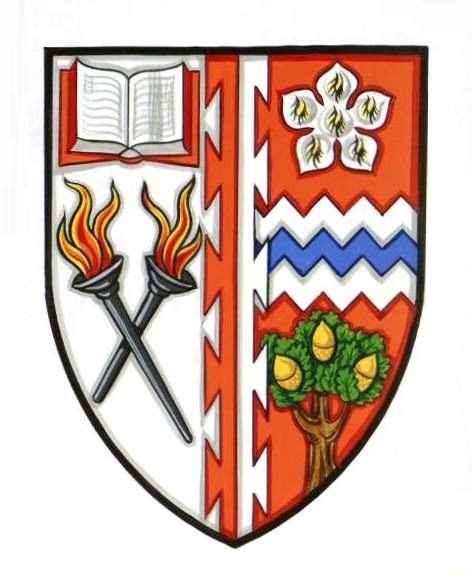 Parted per pale, dexter, Argent, two torches saltireways Sable, enflamed Proper, and in chief an open book also Proper, binding and fore-edges Gules; sinister, Gules, a fess indented Argent, charged with a barrulet indented Azure, all between a cinquefoil in chief Ermine and issuant from the base an oak tree leaved Proper, fructed Or, over all a pallet dovetailed per pale, dexter Gules, sinister Argent.

The arms were officially granted on February 14, 1966.

The college was opened in 1966 for the training of school teachers, due to the chronic shortage of teachers in Scotland after the Second World War. However, declining birth rates reduced the demand for teachers and in 1981 the college was merged with Jordanhill College of Education in Glasgow.

The arms are parted per pale with charges representing education on the dexter and the history and locality of the college on the dexter. The design features a distinctive red and white dovetailed barrulet which had been devised to denote teacher training colleges. The dexter part of the shield represents Hamilton and includes the distinctive white strawberry leaf on a red background which is associated with both the Burgh of Hamilton and the Dukes of Hamilton and Brandon.

Literature: Information and image from the Court of the Lord Lyon facebook page.