From Heraldry of the World
Your site history : Hanley Economic Building Society
Jump to navigation Jump to search 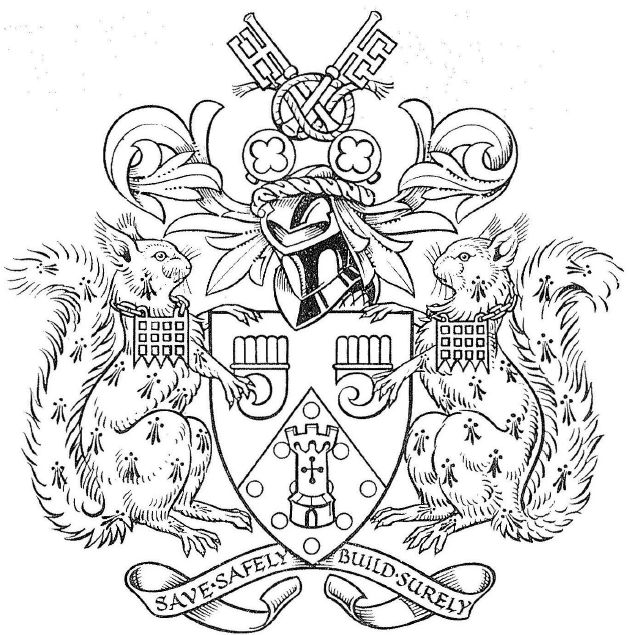 Arms: Per chevron gules and azure bezanty, in chief two clarions Or, and in base a tower argent.
Crest: On a wreath of the colours, a key in bend the wards uppermost and forming the letter H gules, surmounted by a key in bend sinister the wards uppermost forming the letter E azure, the shafts interlaced by a Stafford knot Or. Mantled partly gules and azure doubled party argent and Or.
Supporters: On either side a squirrel sejant ermine, about the neck a portcullis pendent from a chain Or.
Motto: Save safely, build surely

The arms reflect savings, thrift, house ownership, security, money and a roof shape, all typical for a building society, as well as a territorial link: the Stafford knot. The clarions commemorate the Society's founder, the second Lord Granville (and the fifth Earl, now its President).

The initials of the Society are worked into the wards of the keys in the crest.