From Heraldry of the World
Your site history : Harlow Development Corporation
Jump to navigation Jump to search 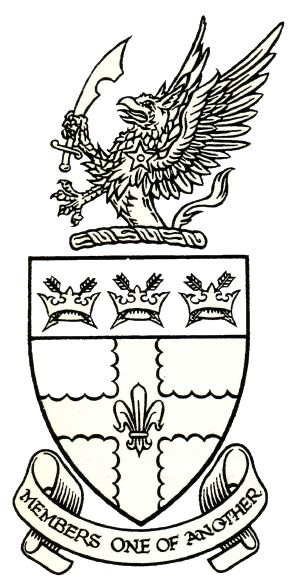 Arms : Argent, on a cross engrailed sable a fleur de lis Or; on a chief azure three ancient crowns of the third each enfiling two arrows in saltire, points downwards, of the second.
Crest: On a wreath of the colours, A demi griffin sable holding in the dexter claw by the blade a seax proper, pomel and hilt Or, and charged on the shoulder with a pierced mullet argent. Mantled gules, doubled argent.
Motto: Members of one another

The arms were officially granted on January 9, 1948.

If you have any information on these arms Development Corporation mail us !