From Heraldry of the World
Your site history : Hemel Hempstead Development Corporation
Jump to navigation Jump to search 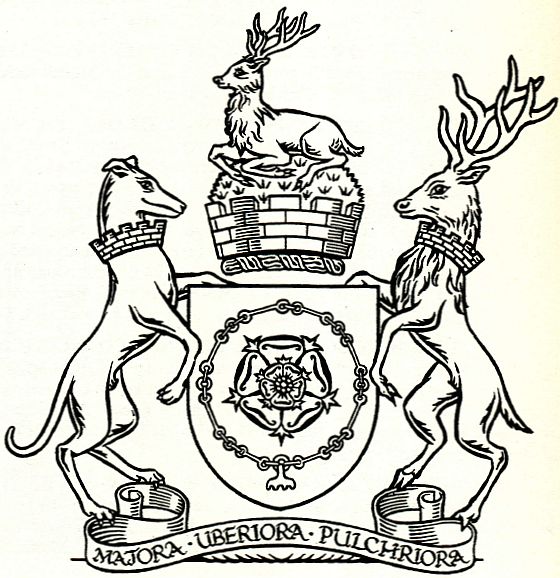 Arms : Vert, a Tudor rose, gules upon argent, barbed and seeded proper, within a surveyor's chain of the third.
Crest: On a wreath of the colours, Issuant from a mural coronet gules a mount vert, thereon a stag lodged proper.
Supporters: On the dexter side a greyhound proper and on the sinister side a stag proper, each gorged with a mural coronet gules.
Motto: Majora, uberiora, pulchriora.

If you have any information on these arms Hempstead Development Corporation mail us !