From Heraldry of the World
Your site history : Hong Kong
Jump to navigation Jump to search 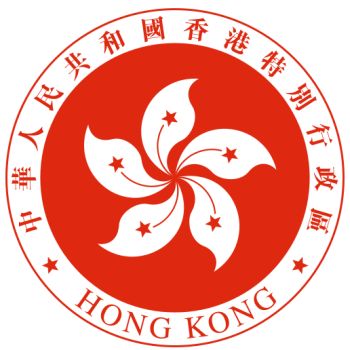 Origin/Meaning:
Hong Kong does not have a true heraldic arms, but uses the above symbol.

Hong Kong was a British possession and crown colony from the 17th century until 1997. 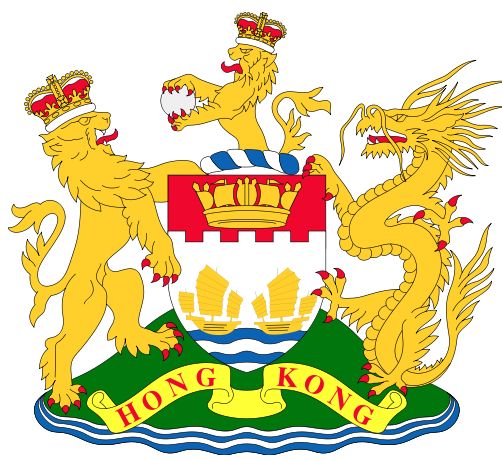 The colonial arms were granted on January 21, 1959 and show two Chinese junks (ship). The chief shows a naval crown, indicating the importance of the city as a harbour for the Royal Navy. The embattled chief also indicates that the city was a military fortress. The supporters are the British lion and the Chinese dragon.

After the transfer from Hong Kong to China the Times in London showed the following cartoon : 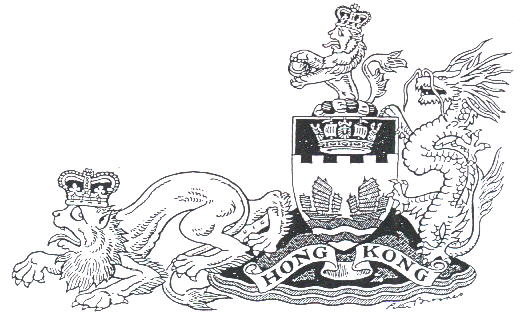 The arms were based on the colonial badge used since 1843. The badge depicted three Chinese merchant ships and a pile of cargo on a wharf on the left in the foreground. In the background there was a square-rigged ship and a Chinese junk in the harbour backed by conical hills. Above all this arms of the United Kingdom were shown.