From Heraldry of the World
Your site history : Honourable Company of Edinburgh Golfers
Jump to navigation Jump to search 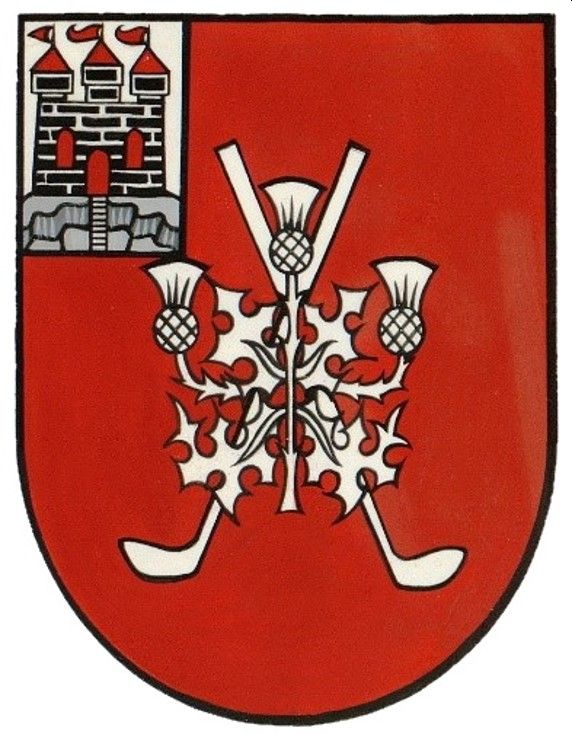 Gules two golf clubs, heads downwards and outwards, in saltire surmounted of a three flowered thistle, slipped and leaved argent, on a dexter canton argent a castle triple-towered and embattled sable, masoned argent, and topped with three fans gules, windows and portcullis shut of the last, situate on a rock proper.

The arms were officially granted on March 7, 1994.

If you have any information on these arms Company of Edinburgh Golfers mail us !