From Heraldry of the World
Your site history : Honourable Company of Master Mariners
Jump to navigation Jump to search 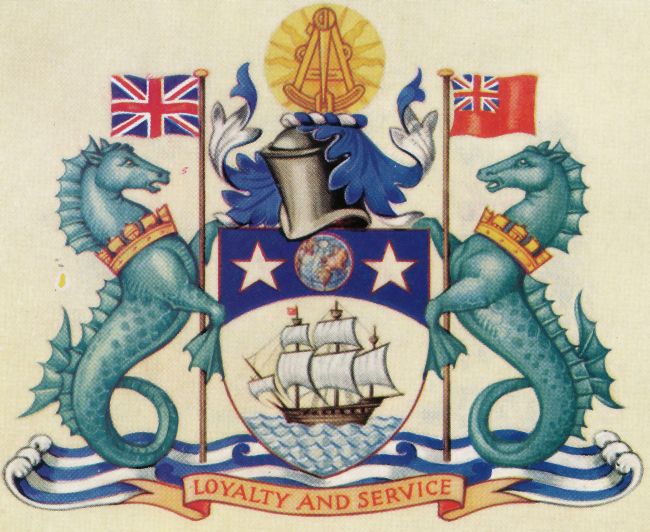 Arms : Argent, on waves of the sea a representation of the ship 4 The Golden Hind' in full sail all proper; on a chief arched azure a terrestrial globe also proper between two mullets of the field.
Crest: On a wreath of the colours, In front of a sun in splendour proper a quadrant Or.
Supporters: On either side a sea horse proper gorged with a naval crown Or, that on the dexter supporting a staff proper headed Or, flying therefrom the Union Flag, and that on the sinister supporting a like staff, flying therefrom the Red Ensign also proper.
Motto: Loyalty and Service.

If this text appears, it means that I have not yet had the time to add the information on these arms. Just Company of Master Mariners mail me and I will add all information that I have !