From Heraldry of the World
Your site history : Honourable Society of Cymmrodorion
Jump to navigation Jump to search 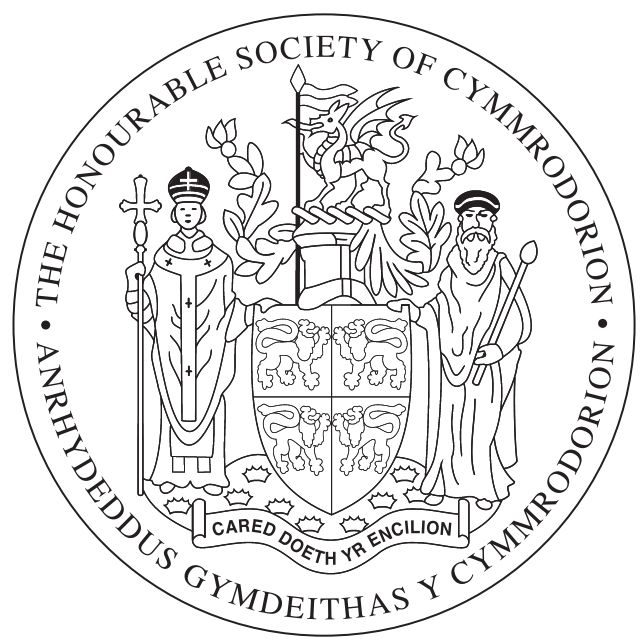 Arms : Quarterly Or and gules, four lions passant guardant counterchanged, those on the dexter contourny.
Crest: On a wreath of the colours, A dragon passant gules supporting with the dexter paw a lance Or, flying therefrom a pennon per fesse argent and vert;
Supporters: On the dexter side a figure representing St. David vested in ecclesiastical robes and supporting with the exterior hand a cross staff proper and on the sinister side a figure representing an Arch Druid vested also proper holding in the exterior hand a sceptre Or.
Motto: Cared doeth yr encilion

The arms were officially granted on November 11, 1953.

If you have any information on these arms Society of Cymmrodorion mail us !