Incorporated Society of Valuers and Auctioneers

From Heraldry of the World
Your site history : Incorporated Society of Valuers and Auctioneers
Jump to navigation Jump to search

INCORPORATED SOCIETY OF VALUERS AND AUCTIONEERS 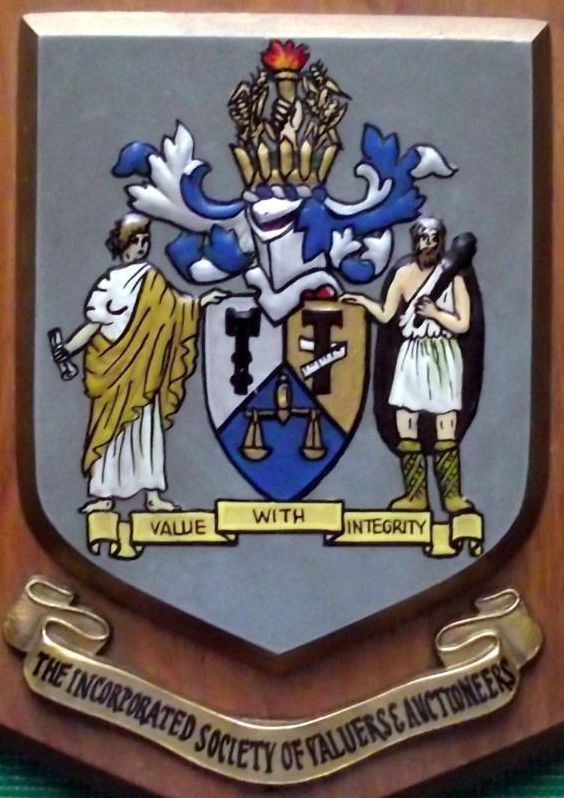 Arms : Per pairle reversed argent, Or and azure, in the first a gavel sable, in the second a Tee-square interlaced with an open foot-rule proper, and in the third a pair of scales Or.
Crest: On a wreath of the colours, Issuant from a crown palisado Or, a mount vert, thereon a dexter hand, holding a flam­beau erect, fired proper, between two stalks of wheat bladed, each with three ears Or.
Supporters: On the dexter side a Roman citizen holding in the exterior hand a scroll, and on the sinister side an Ancient Briton holding in the exterior hand a club resting on the shoulder all proper.
Motto: Value with integrity

If you have any information on these arms Society of Valuers and Auctioneers mail us !