From Heraldry of the World
Your site history : Infantry Regiment No 1, Portuguese Army
Jump to navigation Jump to search 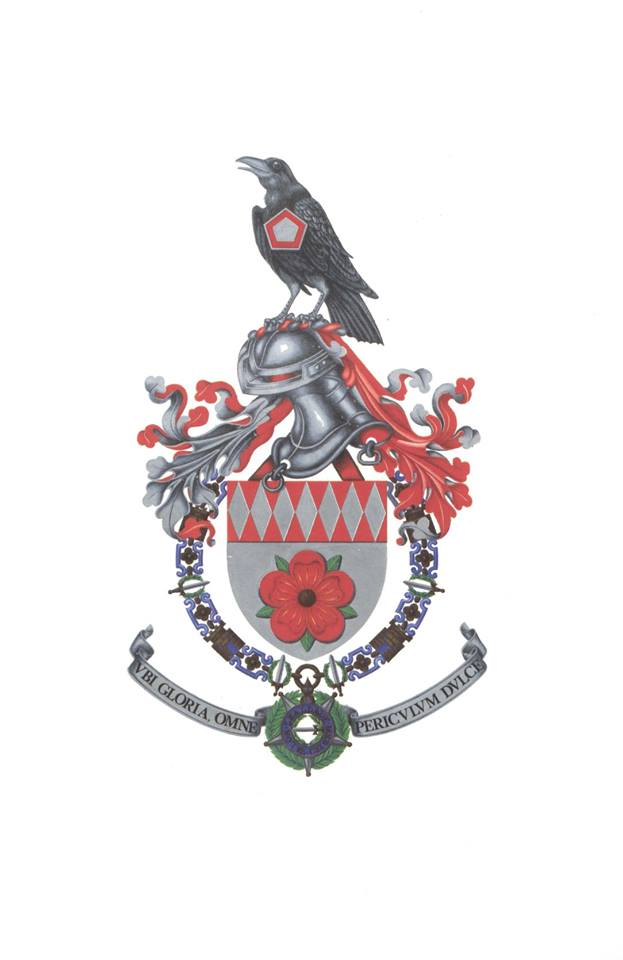 The Rose is from the Arms of the Count of Lippe, for which the Regiment was named in 1763. The Chief is for the Machine Gun Battalion Nr 1 whose traditions the Regiment inherited in 1960. The Raven in the Crest Symbolises the City of Lisbon, it is charged with a Fortress symbolising the Calçada de Ajuda Garrison in the City.