From Heraldry of the World
Your site history : Institute of Marine Engineers
Jump to navigation Jump to search 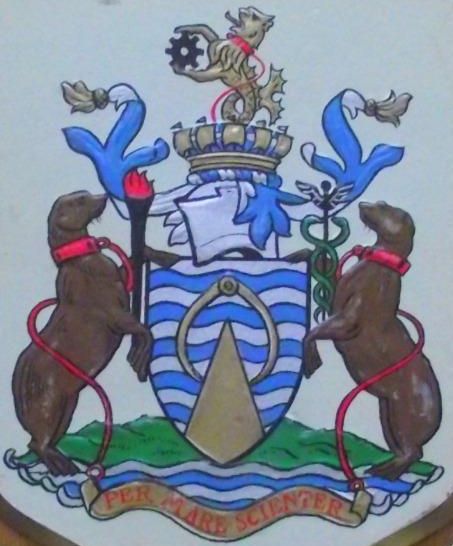 Arms : Argent, five barrulets wavy azure, a pile reversed and in chief a pair of calipers Or.
Crest: On a wreath of the colours, A mercantile crown Or, therein on water harry wavy proper a sea lion Or, collared and lined gules, holding in the paws a cogwheel sable.
Supporters: On either side a sea-lion (Otaria) proper, collared and lined gules, that on the dexter holding a torch sable, enflamed proper, and that on the sinister a caduceus sable, the serpents vert.
Motto: Per mare scienter

If you have any information on these arms of Marine Engineers mail us !