Institute of Measurement and Control

From Heraldry of the World
Your site history : Institute of Measurement and Control
Jump to navigation Jump to search

INSTITUTE OF MEASUREMENT AND CONTROL 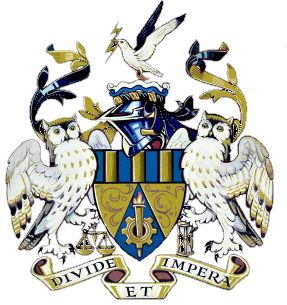 Arms : Or, on a pile reversed sable a flambeau enfiling a cog-wheel Or, the flames proper; on a chief sable three pallets Or.
Crest: On a wreath of the colours, From waves of the sea an albatross rising proper, in the beak a lightning flash.
Motto: Divide et impera.

The arms were officially granted on September 20, 1968. Supporter granted on ?

If you have any information on these arms of Measurement and Control mail us !