From Heraldry of the World
Your site history : Institute of Quantity Surveyors
Jump to navigation Jump to search 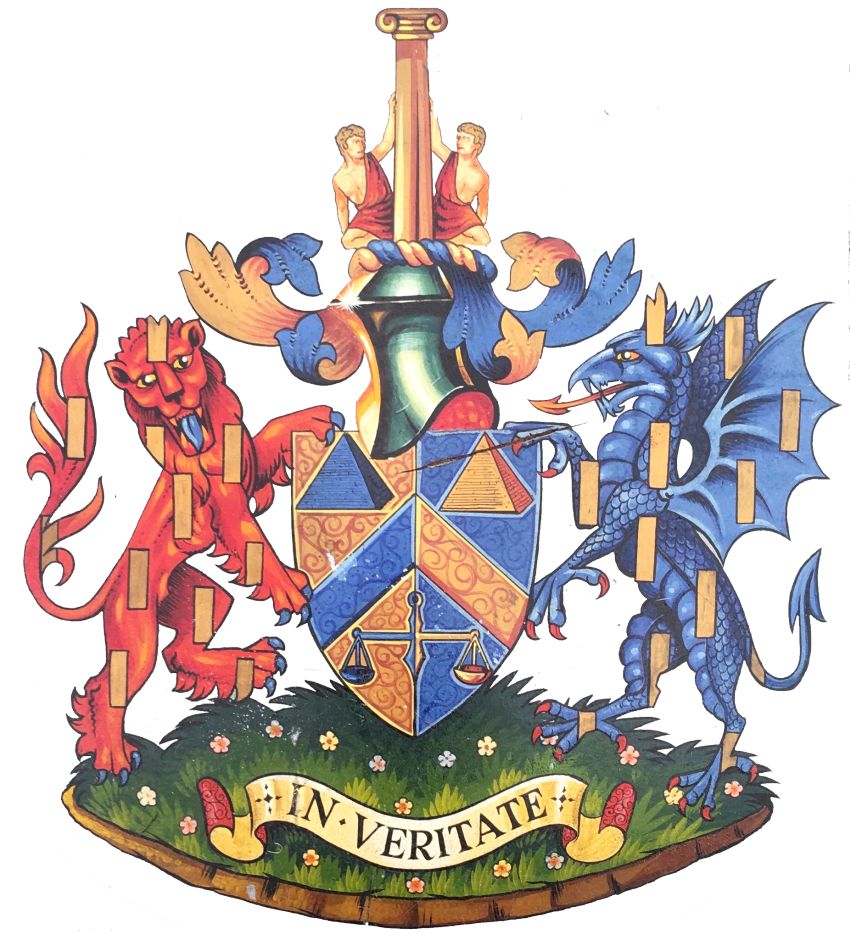 Arms : Per pale Or and azure, a chevron between in chief two pyramids and in base a balance, all counterchanged.
Crest: On a wreath of the colours, A Roman column Or supported on either side by kneeling figures representing Romulus and Remus proper, hair gold, vested gules.
Supporters: On the dexter side a lion guardant gules, and on the sinister side a dragon azure, both billety Or.
Motto: In veritate.

The arms were officially granted on November 20, 1955.

If you have any information on these arms of Quantity Surveyors mail us !