From Heraldry of the World
Your site history : Institution of Electrical Engineers
Jump to navigation Jump to search 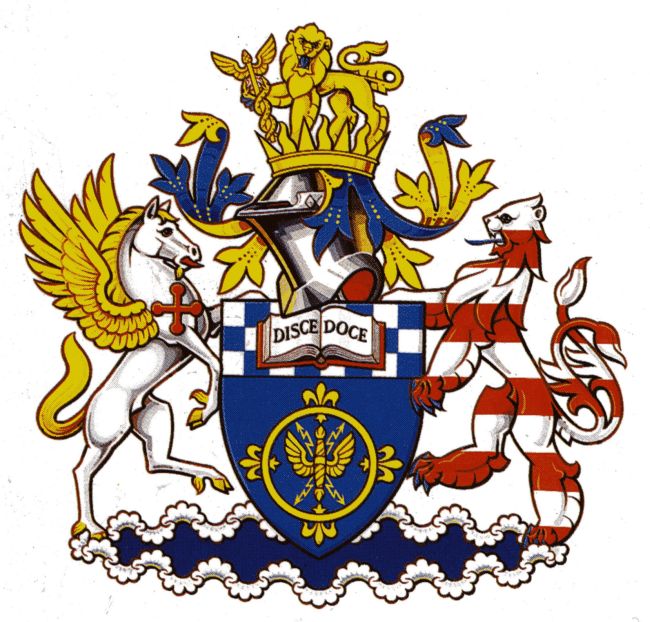 Arms : Azure, within an annulet flory counter­ fiery at the cardinal points a winged thunderbolt Or; on a chief of the last two bars wavy of the first surmounted with an open book proper garnished gules, on the leaves the words DISCE DOCE in letters sable.
Crest: On a wreath of the colours, A lion statant guardant Or, armed and langued azure, supporting with the dexter forepaw a caduceus gold.
Supporters: On either side a pegasus argent, winged, crined and unguled Or, charged on the shoulder with a cross pom­melly gules

The arms were officially granted on January 6, 1949.

If you have any information on these arms of Electrical Engineers mail us !