From Heraldry of the World
Your site history : Institution of Mechanical Engineers
Jump to navigation Jump to search 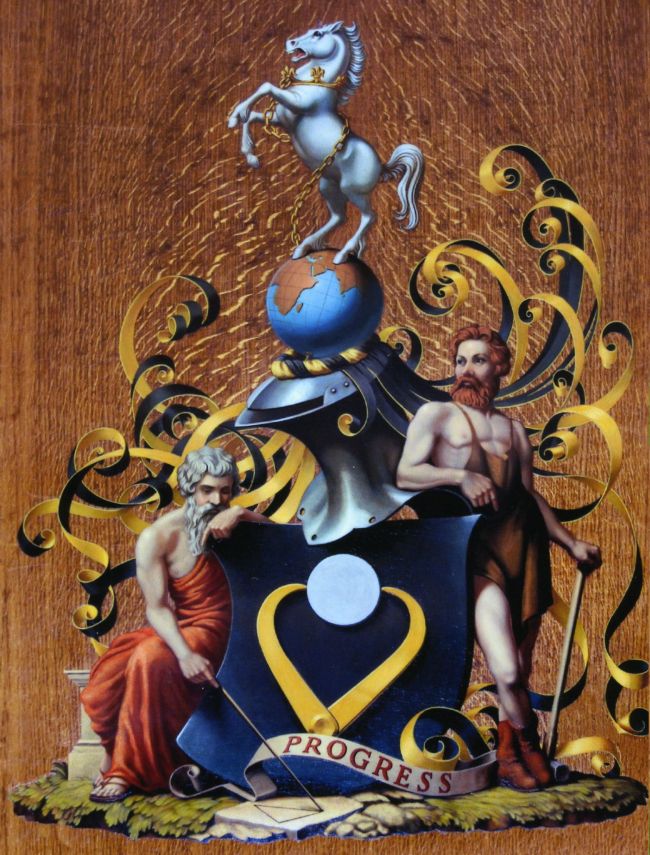 Arms : Sable, between the points of a pair of calipers inverted Or, a plate.
Crest: On a wreath of the colours, Upon a terrestrial globe a grey horse forcene proper gorged with a coronet composed of four fleurs-de-lys with chain reflexed over the back Or.
Supporters: On the dexter side a figure representing Archimedes holding in his exterior hand a pointer and on the sinister side a figure representing Vulcan resting his exterior hand upon a sledge hammer proper.
Motto: Progress

The arms show a pair of calipers measuring a steel bar. The crest shows a chained horse, for controlled horsepower the world over.

The supporters are Archimedes, the Greek mathematician, physicist, engineer, inventor and astronomer, as well as Vulcan, the Greek god of fire, volcanoes and metalworking. Archimedes represents planning of engineering, Vulcan craftsmanship.