From Heraldry of the World
Your site history : Institution of Production Engineers
Jump to navigation Jump to search 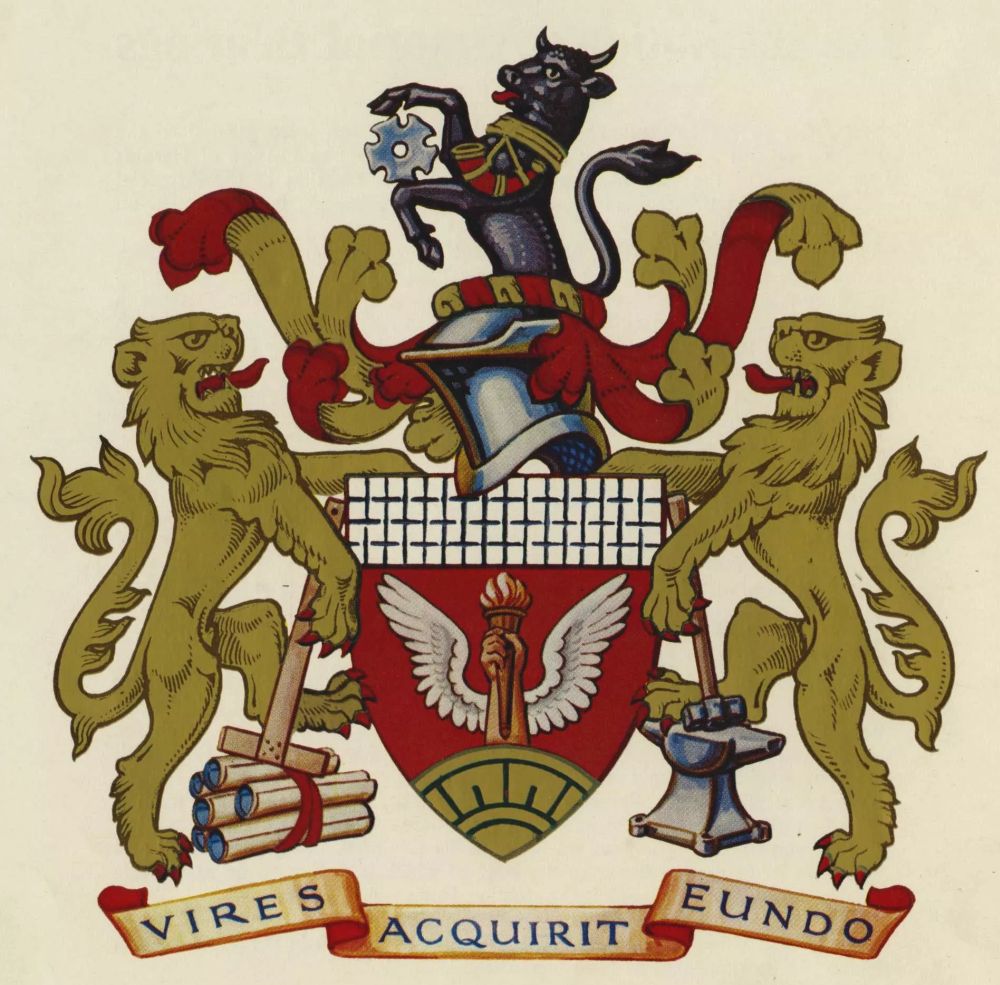 Arms : Gules, issuant from a segment of a clock face in base Or and in front of two wings conjoined a dexter cubit arm proper the hand grasping a torch gold enflamed also proper; a chief argent latticed sable.
Crest: On a wreath of the colours, A demi bull holding between the legs a Geneva wheel sable and gorged with a collar Or, pendent therefrom a bugle horn gules garnished and stringed gold.
Motto: Vires acquiunt eundo.

The arms were officially granted on February 28, 1939.

If you have any information on these arms of Production Engineers mail us !