From Heraldry of the World
Your site history : Jens Ettrup Svanborg Kirkbro
Jump to navigation Jump to search 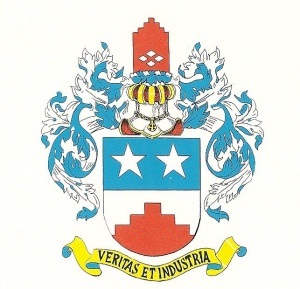 The arms were designed to represent qualities the armiger attributes to himself. The central charge, the black pillar, signifies the armiger's interest in history while the fir twig bordure shows his closeness to nature. The bear in the crest is a symbol of strength, an atribute he aspire to while the book represents his search for knowledge. The arms were designed on the 19th of April, 2014.

Registered at the Skandinavisk Vapenrulla - SVR 535/97