From Heraldry of the World
Your site history : John Player - National flags and arms
Jump to navigation Jump to search 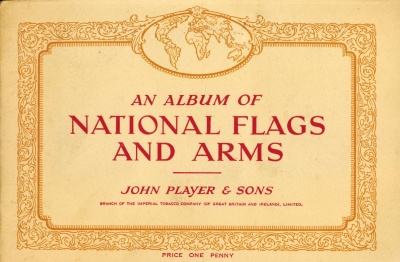 John Player & Sons, known simply as Player's, was a tobacco and cigarette manufacturer, based in Nottingham, England. It is today a part of the Imperial Tobacco Group.

In March 1828, William Wright set up a small tobacco factory in Broadmarsh, Nottingham. This business expanded and provided William Wright with a comfortable fortune. This business was purchased in 1877 by John Player. He was a man of vision and saw the need for expansion. He built the Castle Tobacco Factories in Radford, Nottingham. He constructed three large factory blocks, but initially only one was used for the production and packaging of tobacco. The other two blocks were let to lace manufacturers, until the business had expanded sufficiently to utilise the additional space. One of John Player's innovations was to offer pre-packaged tobacco. Prior to this, smokers would have purchased tobacco by weight from loose supplies and cigarette papers to roll them in. He also adopted a registered trade mark as a guarantee to the public that the goods could be relied on.

The business was run later by his sons, John Dane Player and William Goodacre Player.

In 1901, in response to competitive threats from the USA, the Player's business was merged with the Imperial Tobacco Group. (source)

The company has issued hundreds of series of cigarette cards, including several with a heraldic theme : Countries Flags and Arms and Country Seats and Arms.

The album contains three cards per page with a description of the flags and arms. 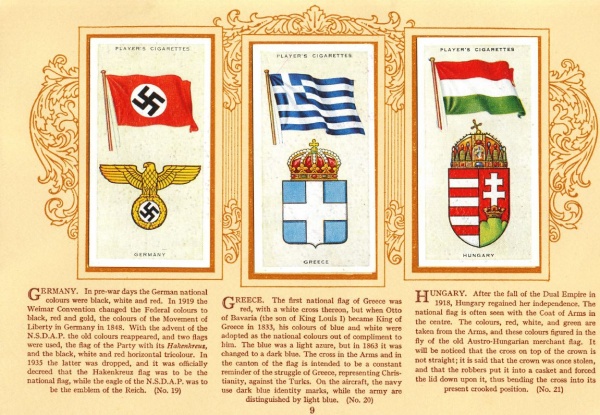 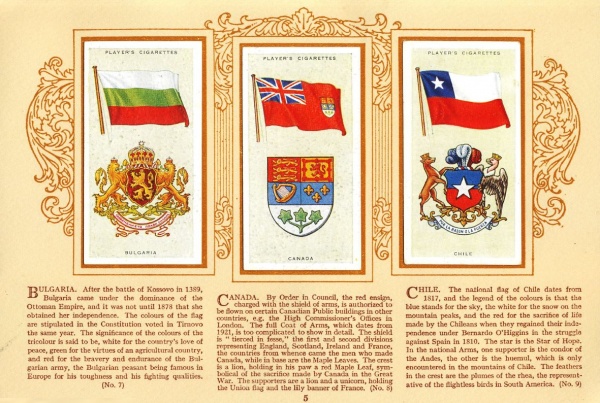 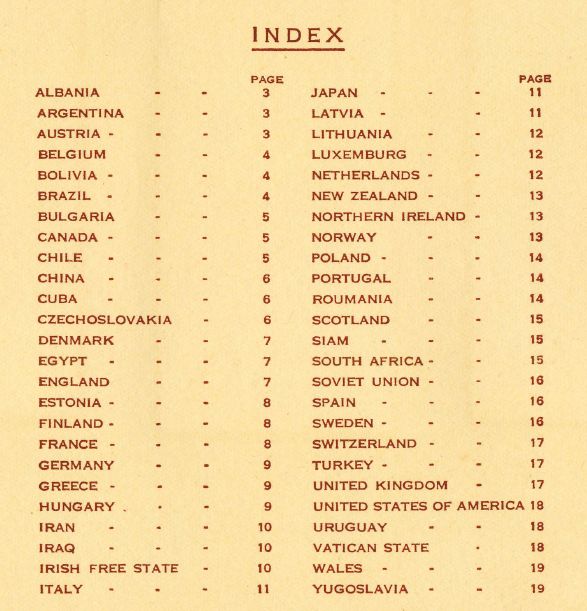