From Heraldry of the World
Your site history : Keble College (Oxford University)
Jump to navigation Jump to search 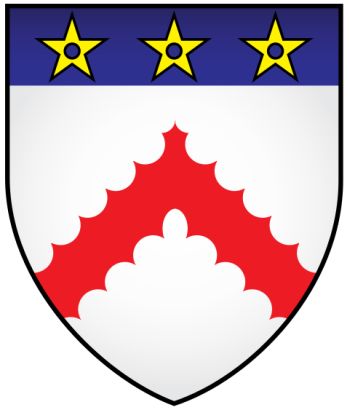 Argent, a chevron engrailed gules; on a chief azure three pierced mullets Or.

In 1866 at a meeting at Lambeth Palace it was decided to erect a college at Oxford in memory of the great churchman and poet John Keble. Three years later Keble College was opened. The arms of the College are those of John Keble, namely, argent, a chevron engrailed gules, on a chief azure, three mullets pierced or.