From Heraldry of the World
Your site history : King James's School, Knaresborough
Jump to navigation Jump to search 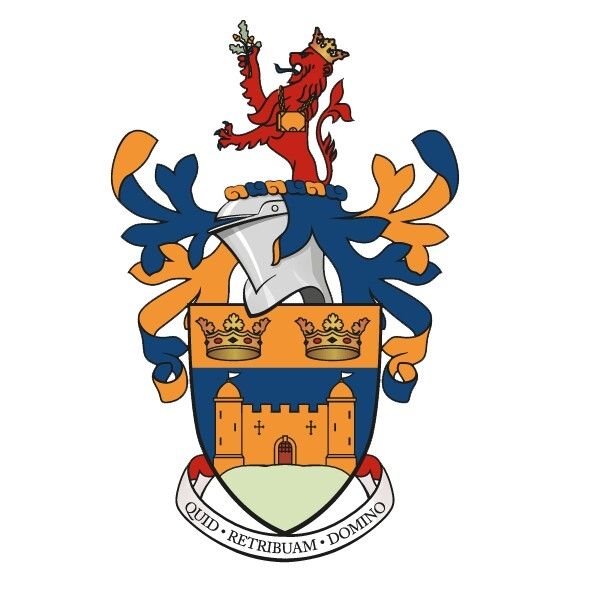 Arms: Azure, on a mount in base vert a castle of two domed towers Or, pennons flying to the sinister argent; a chief Or, thereon two [open] crowns gules.
Crest: On a wreath of the colours, A demi lion gules, crowned and pendent from a chain about the neck a book Or, grasping in the dexter paw a sprig of oak vert, fructed Or.
Motto: Quid retribuam Domino.

The arms were officially granted on December 20, 1966.

If you have any information on these arms James's School, Knaresborough mail us !