From Heraldry of the World
Your site history : Kingdom of Westfalen
Jump to navigation Jump to search 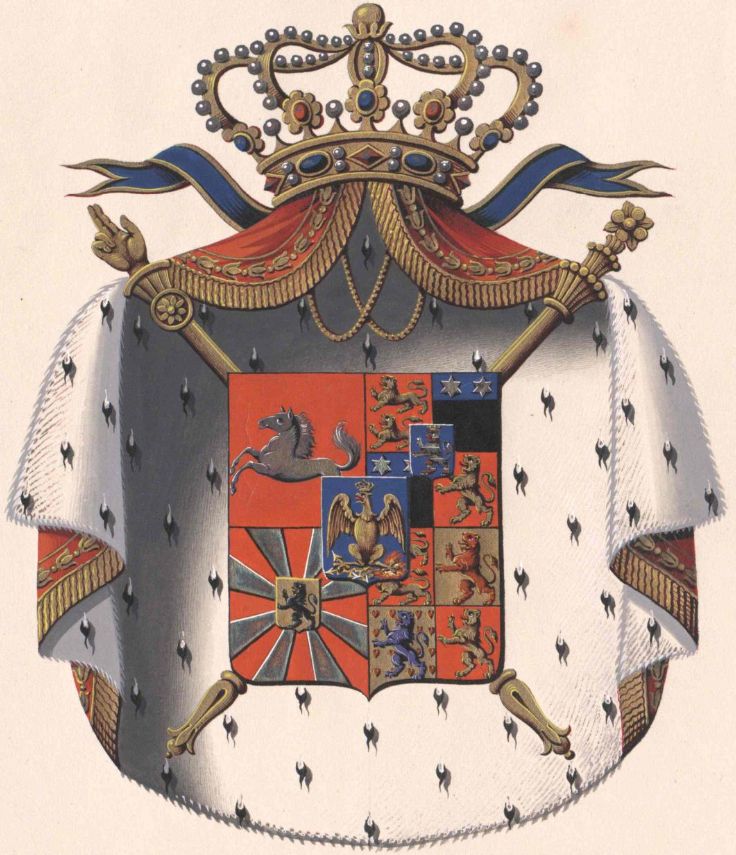 The kingdom of Westfalen was created in 1807 and existed until 1813 as a vassal state of the French Empire under Napoleon.

The arms show the horse of Westfalen in the first quarter, which has been used as a symbol of the area for many centuries by the Archbishops of Köln (Duchy of Westfalen). It was also used by the Province of Westfalen, the successor of the Kingdom and it is now part of the arms of the State of Nordrhein-Westfalen.

The third quarter was newly designed and should represent the area around Magdeburg.