From Heraldry of the World
Your site history : Královéhradecký Kraj
Jump to navigation Jump to search 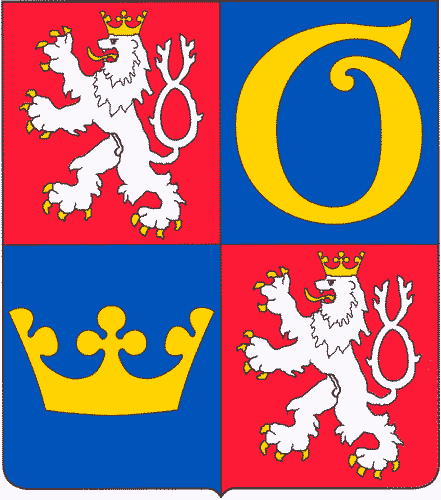 The first and fourth field contain the Bohemian lion as the modern region contains territory of the historical region.

The second field contains the letter G derived from the arms of the regional capital Hradec Králové.

The third field contains a crown pointing to the fact that the region has been connected to Hradec Králové for centuries and also making the arms canting arms. Hradec Králové means King's Castle.