From Heraldry of the World
Your site history : Lady Margaret Hall (Oxford University)
Jump to navigation Jump to search 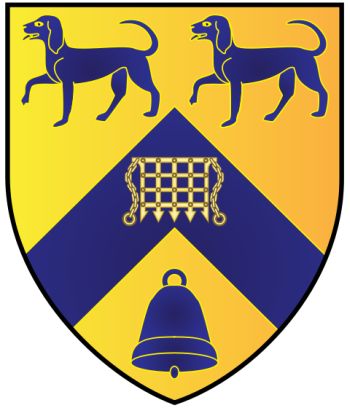 Or, on a chevron between in chief two talbots passant and in base a bell azure, a portcullis of the field.

The Hall was founded in 1878 and named after Henry VII's mother. The arms show talbots passant (for Bishop Talbot one of the founders) and in base a bell azure (from the arms of Wordsworth, Dame Elizabeth Wordsworth being the first Principal) and a portcullis of the field (for Lady Margaret Beaufort).